A nationwide study was conducted to solicit employee selection information from both national (large) and non—national (small) accounting firms. The primary objective of this study was to investigate what job attributes are perceived important in the firms’ recruiting process. The results were first evaluated to identify attributes that were perceived significant to all public accounting firms regardless of their size. Subsequent analysis included a comparison of the ratings on some specific personal characteristics presented in the survey. While, the results indicated that certain at tributes are highly important to both groups of firms, significant differences were found in their relative
rankings between the national and non-national firms, suggesting the need for individuals with different personality and preparation for entry into the large firms compared to their smaller counterparts. The information provided herein also suggests that increased awareness about firm size differences coupled with realistic employment expectations are necessary ingredients for a successful career in public accounting.
Employee turnover and job dissatisfaction in public accounting have received considerable attention in accounting literature in recent years [Nance and Daniels, l988; Reed and Kratchman, 1989; Carcello, et.al., 1991]. These and similar studies indicate that many graduates find that their early employment experience falls short of the expectations they developed during their college years. A logical consequence of unmet expectations could result in reduced attractiveness of a career in public accounting [AECC, 1992].
From an economic standpoint, when employees leave and replacements are lured, recruiting costs, unhillable training time, lower productivity and audit inefficiencies associated with new employees are to he expected. Although limited involuntary turnover may he desirable if some employees do not meet the firm’s expectations, there is no doubt that the present level of turnover is excessive and more efforts need he directed toward reducing it to a reasonable amount. This study provides evidence that suggests differentiating accounting firms by size and proper preparation at the college level are viable remedies to control voluntary turnover.
Reasons for Turnover
Are the values, attitudes, and motivation of today’s accounting job entrants different 1mm those who entered the accounting profession a generation ago’? There are those who believe that is the case [Benke and Argualo, 1982; Nance and Daniels, 1988;
Carcello, et. al., 1991]. These studies suggest that the new graduate has a different work philosophy. The new graduate is less willing to make a personal sacrifice for the job. This lack of firm loyalty, disregard fl”r adherence in firm rules and procedures, and dislike for work standardization are seen by practitioners as the basis for a schism between the gold guard” and the new staff [Yorks, 1978]. Furthermore, many practitioners are of the opinion that new staff level hires view their position with nearsighted opportunism. They join the firm for a relatively short period of time in order to gain invaluable experience that will serve them well in positions outside of the firm.
What do those who left public accounting consider as their reasons for leaving? Many indicated discontent with the firm’s modus operandi as their primaly reason. Specifically, some stated that no formal evaluations were provided for guidance, training was fair, poor, or nonexistent, and overtime requirements were excessive [Nance and Daniels, 1988]. Other criticisms included: 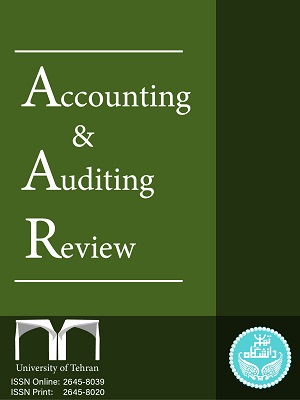